C.B. Forrest is author of the critically acclaimed McKelvey series (The Weight of Stones, Slow Recoil, The Devil’s Dust) as well as the Shamus Award-nominated short fiction, Runaway Girl from Portland, Oregon. The Go Ahead is his first new novel in nearly a decade. He is occasionally at work on a new novel and a collection of short stories.

Ray Carver is a master at orchestrating complex fraud schemes with multi-million-dollar payouts. Ray is back in his hometown of Toronto after barely surviving a job in Texas that went sideways. Working with Calder, an uncle-like figure with an ancient criminal pedigree, Ray begins work to set up the Toronto Transit Commission in a complex staged accident involving a streetcar and a huge settlement.

As Ray sets out to put in place the series of events and coincidence required to make the big play, his life gets complicated at exactly the wrong time. He is increasingly drawn to the young single mother who was an unwitting victim of a staged accident Ray was responsible for (who may be hiding dark secrets of her own). A homicidal and philosophy-quoting Native American gang member is hot on his trail, seeking the payout money he is owed from the staged explosion of a gas line on a Texas ranch.

An earnest but obsessive accident investigator is circling in on Ray and his crew, drawing closer and closer through enterprising detective work. And meanwhile, a multi-force police sting has its eyes on Calder and a biker associate for their role in the murder of a prison guard a decade earlier. When the Texas rancher at the centre of the missing payout is brutally murdered, the FBI makes a connection that leads them to join the half dozen law enforcement agencies swarming around the various players … and closing in on Ray as the clock ticks down to his big play.

A grifter with old-fashioned integrity, Ray finds himself at the vortex of an increasingly violent game of cat and mouse as he struggles to balance his responsibilities to his crew, his family, and his newfound love.

The Go Ahead is Forrest’s first novel in almost a decade. 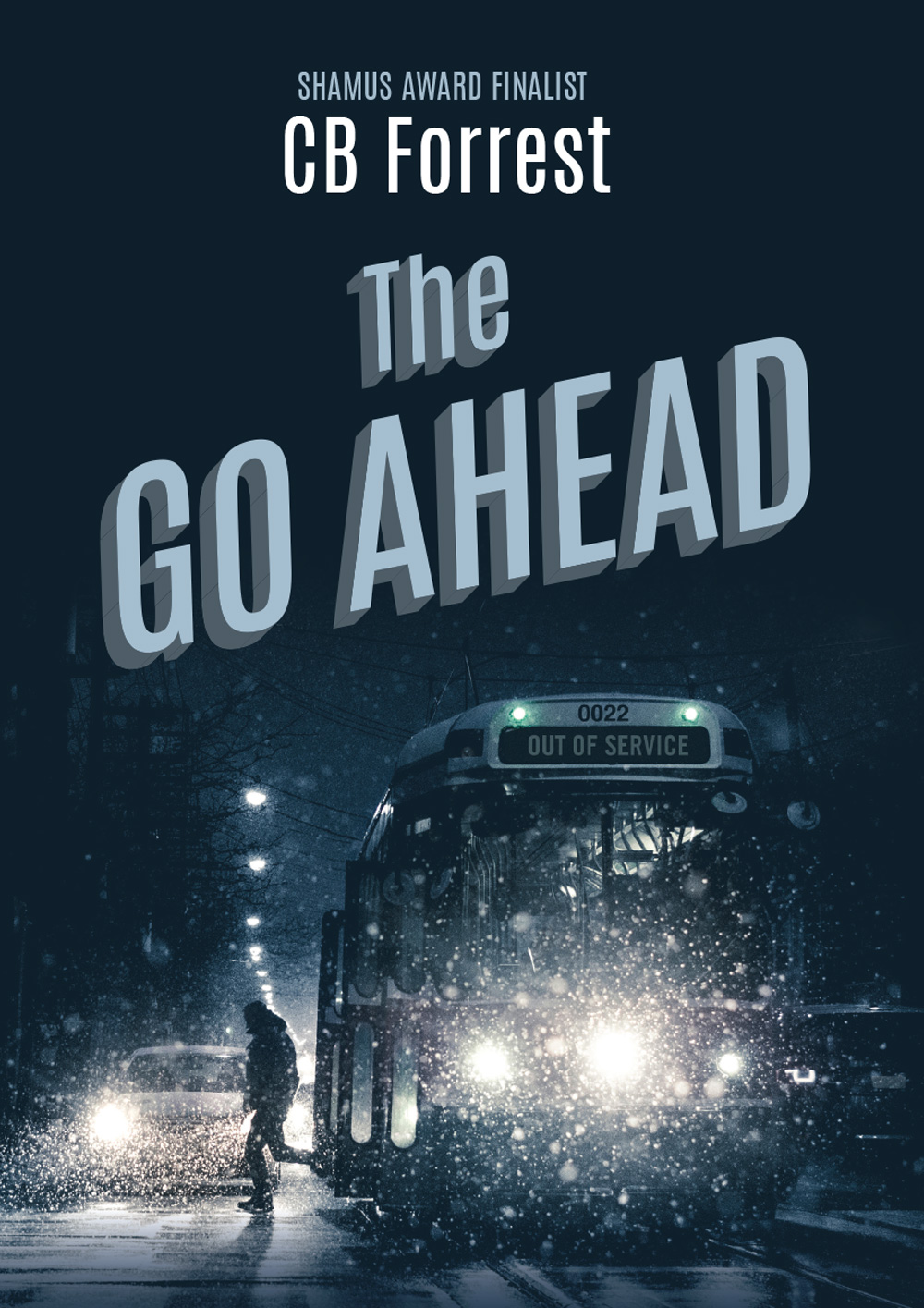 The Weight of Stones

From the critically acclaimed McKelvey series.Book 1 of 3

Toronto at the close of 1999. It is a time of change. The world holds its breath as the clock rolls to a new millennium.

From the critically acclaimed McKelvey series.
Book 1 of 3

Detective Charlie McKelvey’s life is stuck on pause since the murder of his runaway son, Gavin. As his wife focuses on healing, McKelvey is burdened with guilt for his role in kicking the teen out of the family home—and his inability to move the case to resolution.

Obsessed with the stalled murder investigation, McKelvey’s behavior becomes increasingly unhinged. He is convinced the person responsible for the murder is an ex-convict sent to Toronto to establish a chapter of a biker gang, The Blades. The question is, does McKelvey have the right man, or is he blinded by his grief?

When unexpected illness forces McKelvey’s early retirement—and his wife heads to the west coast to live with a relative—the conditions are finally ripe for McKelvey to focus entirely on his plans for revenge. This novel explores the daily and random decisions we make and their consequences as it stares into the heart of grief and sees the impact violent crime has on all of us.

From the critically acclaimed McKelvey series.
Book 2 of 3

From the critically acclaimed McKelvey series.Book 2 of 3

Some bullets take years to find their mark… Former Toronto Detective Charlie McKelvey is puttering through the first year of his forced retirement. His tedious life is torn wide open when a friend enlists his help in locating a recent Bosnian immigrant who has simply disappeared without a trace.

Her teacher and recent lover, Tim Fielding, suspects foul play. At first hesitant, McKelvey is quickly drawn into the case as the bodies and clues pile up. When the body of an unidentified woman turns up in Fieldings apartmentand Fielding is nowhere to be foundMcKelvey finds himself a prime suspect in an increasingly obscure murder investigation. 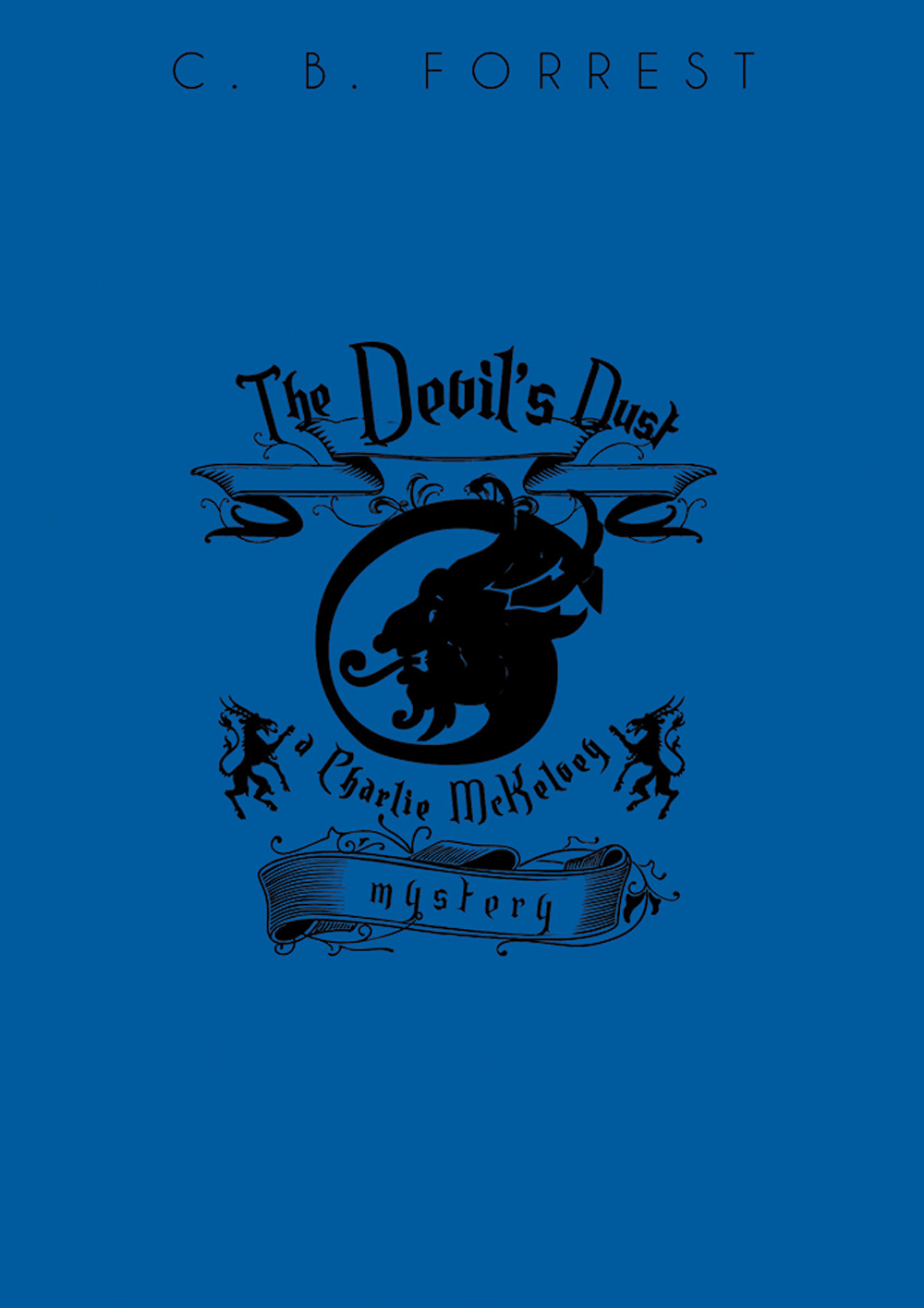 From the critically acclaimed McKelvey series.Book 3 of 3

From the critically acclaimed McKelvey series.
Book 3 of 3

Charlie McKelvey goes to his northern hometown to find that the big city isn’t the only place with big problems.

Retired Toronto detective Charlie McKelvey runs from a cancer diagnosis and the violent memories of the big city and retreats to his hometown. A small declining mining centre, Ste. Bernadette offers McKelvey a chance to resolve old family issues, including his father’s involvement in a deadly wildcat strike in the late 1950s.

When the local police force enlists his help in tracing an upswing in youth violence and vandalism, McKelvey stumbles into the hornets’ nest of a crystal-meth industry. The timing couldn’t be worse for the town to expose its drug problem to the world: the mayor is hoping a new transmission line will be built through the town, bringing power-line jobs and construction dollars; the police chief is trying to close a deal to truck Detroit’s garbage to a local site as well as vie for the mayor’s job; and a sleazy businessman is attempting to buy up the town’s land to open a casino and resort.

Despite searches and seizures, the flow of drugs continues, leading McKelvey to suspect a local is manufacturing the drug. The Devil’s Dust holds a magnifying glass to the current decline of rural life, the scourge of meth, and what happens when an entire town loses faith.